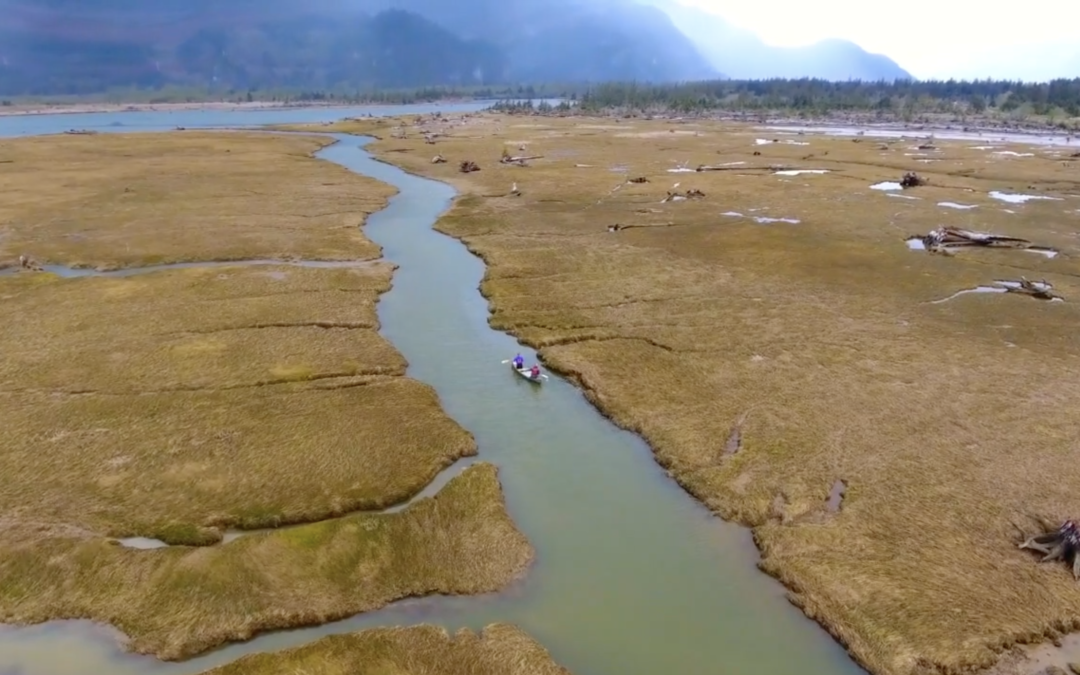 Happy almost weekend! CHALLENGE FOR YOUR WEEKEND: pick up 5 pieces of garbage. Easy!Here's a video from the Squamish shoreline clean up we organized earlier this year. Drone footage by Dustin Wales.

Footage on April 14th of some volunteers and the area cleaned of debris around the Squamish Estuary. Video taken by Dustin Wales with Quest University.

April 14th more than eighty volunteers from Whistler to Vancouver met at Nexen Beach in Squamish. Six hundred and thirty kilograms of garbage from the Squamish estuary and surrounding shorelines was picked up by these outstanding volunteers on foot and by kayaks/canoes. The event was spearheaded by the Howe Sound/ Átl’ka7tsem Marine Reference Guide with help from the Howe Sound Biosphere Region Initiative, My Sea to Sky, the District of Squamish, Quest University, Valhalla Pure Outfitters Squamish and 2Chill Gelato. 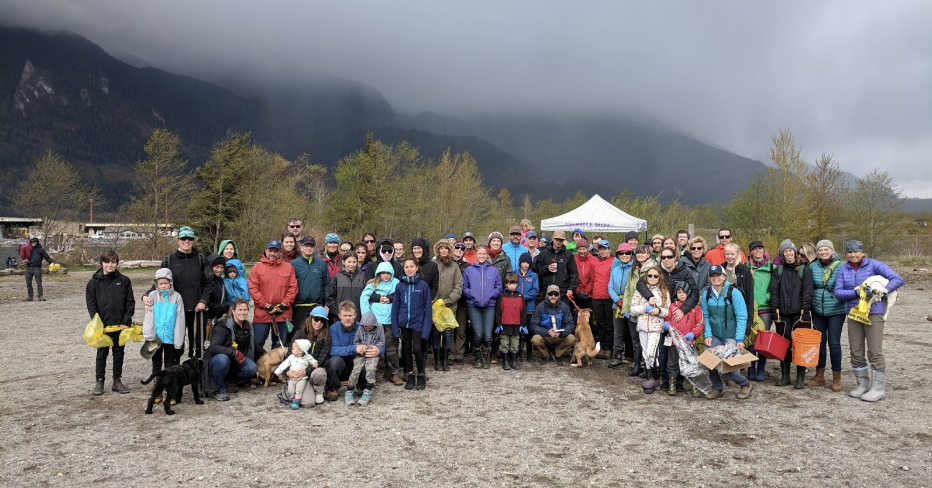 Together is better. Photo by David Buzzard for the Squamish Chief Newspaper. 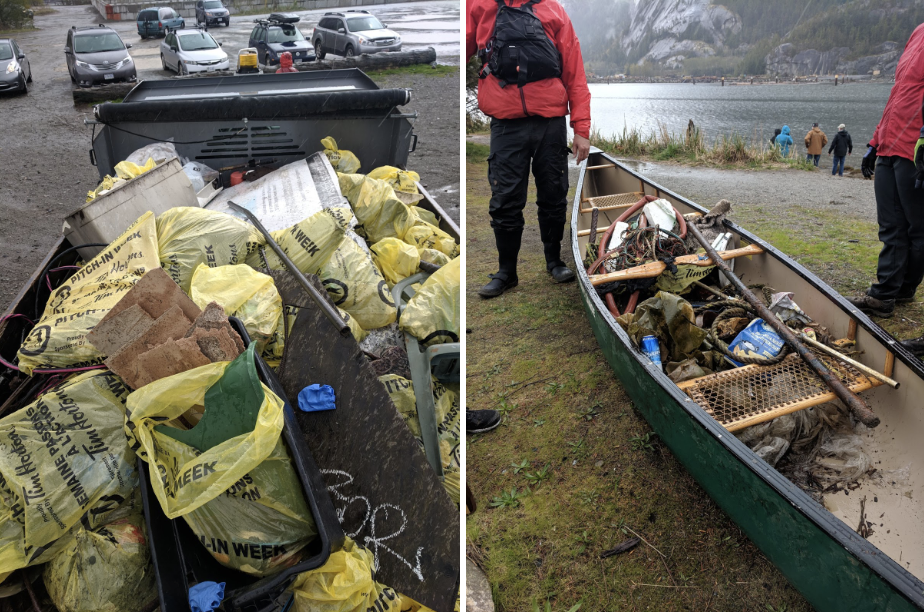 The Great Canadian Shoreline Cleanup states that tiny plastic/foam and cigarette butts are the most common litter item found on our shorelines. Plastic items such as plastic bags, drink bottles, food wrappers and caps can be blown into rivers and deposited into a larger body of water, such as the Howe Sound. Plastic doesn’t just break down, it breaks apart into microplastics that fish and other creatures can consume, creating a huge problem for wildlife. Microplastics are particles of plastic measuring less than 5mm coming from cosmetics, industry and clothing. Styrofoam breaks down into tiny pieces and affects organisms by obstructing digestive systems, clogging feeding appendages, creating nutrient deprivation, creating bioaccumulation and sometimes death can occur.

Over the past century, there has been a boom of industrial development, pollution and anthropogenic stressors in the Howe Sound. With the pulp mills, foreshore log booms, gravel washing operations, the Britannia copper Mine and the Squamish terminals, the Howe Sound has been forced to withstand a lot. Over the past couple decades we have seen a decrease in industrialized activity in the Sound. Dolphins, orcas, grey and humpback whales have come home to the Sound after almost a century’s absence!

As we were gathering debris, a few barking sea lions swam by me and a few kids. The kids told me the sea lions were thanking us for cleaning!  It was an amazing sight seeing such a large part of the community come together to protect beautiful Howe Sound.